English is a challenging language for non-native speakers because there are so many exceptions to the grammar rules that are taught. Furthermore, the spelling of many words in comparison with the way they are pronounced has no logical pattern. Unfortunately, the only way to learn them is to memorize them.

As a native English speaker who has studied the Russian language for over 20 years, I am going to list the most common mistakes that I notice when reading texts or listening to conversations of native Russian/Ukrainian speakers.

The biggest mistake I hear when listening to native Russian speakers is the pronunciation of the letter “i” in English. For example:

“The big pig lived in the barn”.

Most Russian speakers will pronounce the letter “i” in this sentence like they pronounce the Russian “и”. That is not correct and makes the pronunciation of the sentence very awkward when heard by a native English speaker.

The good news however is that there is a super easy fix for this that can make a native Russian speaker sound almost like a native English speaker. That is to simply pronounce the “i” just like you would the Russian letter “ы”. If you reread the sentence above and pronounce the “i” correctly using the sound of the Russian letter “ы” you will be amazed at how much better it sounds and how much clearer it will be when speaking to a native speaker of English.

Every Russian speaker I have met in my life struggles with articles. From what I can tell, it is because English articles are never taught correctly in schools and universities. Using “A” “An” and “The” is not that difficult when taught properly and is extremely powerful at enhancing the meaning of an English sentence.

Here are the basic rules:

Articles are simply a way to:

If someone says, “I have a car at my house.”, I know from the sentence that there is a car at this person’s house, it’s not an overly important car and there could be other cars at the house as well just like it.

If the same person says “I have the car at my house.”, then I immediately know that he/she is referring to a car that we have talked about before, or it is a car of importance in some way and there are no other cars like it at this person’s house.

Furthermore, adding additional stress on the word “the” will increase its importance in the sentence. For example, if I write “I have THE car at my house” with a strong emphasis on the word “THE” then I know that the person writing or speaking is trying to tell me that the car is very important and there is no other car like it.

If the same person says “I am going to the store.”, then it tells me that they know exactly which store they are going to and/or it is a store that we have recently mentioned in our conversation.

As before, we can place an extra emphasis on the store mentioned in the paragraph above if we stress the word “the” in the sentence. If I tell my wife, “We are going to a restaurant tonight.”, she will know that we are going somewhere but that either we have not decided which restaurant we are going to or I am intentionally keeping it a secret from her.

If I say, “We are going to the restaurant tonight.”, she will know it is a restaurant that has already been chosen, and most likely her next question would be “Which restaurant are we going to?”

Again, if I say, “We are going to THE restaurant tonight.”, adding extra stress to the word “the” she will know that it is a very special restaurant and that there are no other restaurants like it.

The only exception to this rule is when there is a word or acronym that starts with “u” and is pronounced “you”. If the word or acronym starts with a vowel sound “u” then you will look at the next word following the acronym to determine whether the article will be a or an.

The articles above in the second and third examples do not change because both the United Nations and UN start with the sound “you”.

The last example uses “an” because the “u” word “unwanted” is not pronounced as “you”.

The Use Of Commas

The Russian word “кажется” really causes a lot of comma misplacement errors when translated into the English language. In Russian you would say “кажется, что он доволен”. This often gets directly translated to “it seems, that he is pleased” with the comma being placed after the word “seems”. In English this is incorrect. You would simply write “it seems that he is pleased” without the comma.

The same goes with the word “пожалуйста”. Often the mistake is made when the comma is placed before the word “please”. In Russian the correct way to write the phrase “иди сюда, пожалуйста” places the comma before “пожалуйста”. In English, this is incorrect and should be written as “come here please” without the comma.

Be careful with commas when writing English. They are used but nowhere near as much as they are used in the Russian/Ukrainian language. If you are in a situation where you are unsure as to whether you need a comma or not then it is usually better to leave it out. A native speaker will understand you perfectly either way.

Writing sentences in English properly is very important. It also greatly differs from the way sentences are written in Russian. In the Russian language, sentences are often short and precise. English sentences are long and make a lot of use of words like “and”, “as well as”, “which is” or “which has” to complete the sentence.

Many Russian/Ukrainian speakers will write “Hello, my name is Pavel. I am the manager of web design at my company. We are located in Ukraine.“ Although grammatically correct, this sentence is written on a 2nd or 3rd-grade school child level.

The correct way to write this on an adult level would be “Hello, my name is Pavel and I am the manager of web design at my company which is located in Ukraine.“

One of the biggest mistakes that I made when I first started speaking Russian was to assume that if a word in English and Russian sound similar, then they must have the same meaning. This is a big no-no!

For example: Lunatic and лунатик

In Russian, this is a person who walks in their sleep or “sleepwalker” as we would say.

In English, this is a crazy person or “сумасшедший”.

The worst and most detrimental common use case that I see with confusing the meanings of similar-sounding words is with the word “схема”. In Russian, this would translate to “scheme”.

I once worked for a Ukrainian company that was trying to find outside investors to help build a shipping platform in the Black Sea. They had created a 50-page proposition document that they sent out to large freight and transportation companies in Western Europe and the U.S. to attempt to gain interest in their project.

One of the first sentences that they used in their business proposition was “We would like to invite you to take part in our scheme. ” Needless to say, no one ever wanted to do business with them and they had to fire all of their employees and close the doors to their company after making such a horrible mistake.

Great alternatives to the Russian word “схема” would be “plan”, “offer” or “program” depending on the context of the sentence.

The Best Ways To Improve

From watching other people study foreign languages and looking at my own experience, the best way to improve your skills is by listening to American/English music and watching American/English films. Hearing how people speak and memorizing sentences and phrases using music and movies is super powerful and can speed up the process.

Even if the songs or movies are silly or slightly annoying they are worth listening to due to the value of English knowledge you will gain. I had to listen to the annoying song “Нас не догонят” 20 years ago probably 100 times and it was painful but at the same time, I learned a lot of Russian phrases that were helpful to me. 🙂 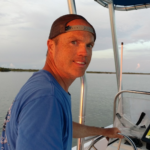 Brian Goers has been studying the Russian language since 1998 and has over 20 years of experience working cross-culturally with people from Russia, Ukraine, and Kyrgyzstan. He also studied the Russian language at the Russian State University for Humanities in Moscow, Russia before moving to Ukraine where he spent 3+ years living and working in Nikolaev, Ukraine. In 2007, he began creating content for multiple websites where he learned a lot about copywriting and improved his writing skills. Brian continues to write articles and create content for websites all around the globe for various publications and projects.

How to Start a Presentation that Engages, Persuades, and Will Convince Anyone

ICO PR: How to Conduct a ICO Advertising Campaign in the Media

ICO PR. Successful promotion of the website connected with electronic money is directly related to information.…

The Most Overused Words in Writing 2022

Dealing with press release distribution every day, we have noticed that excessive use of some popular…

What is Sponsored Content? Everything You Need To Know

Consumers are tired of always in-your-face ads, so using low-key sponsored content is a great way…

How to Write an Effective SEO Press Release

Press releases play a crucial role in an integrated marketing campaign, but many of them don’t…

Effective Email Pitch: How to Get the Media’s Attention in Professional Way

Email Pitch is still the king of communication in business. But getting your content in front…