“Frisor” is a franchise barbershop that currently presents the net of 8 salons throughout Ukraine, with one of them working in Nikolaev. The barbershop has been working in Nikolaev for 2 months only and did not have any newsworthy stories for communication with local news websites. So the business needed a fresh approach.

“Frisor” didn’t run any marketing and promotional campaigns in local media before. The web presence was based on managing and updating social media profiles and YouTube channel.

It was decided to focus the PR-campaign strategy on competition: “Frisor” placed a number of citylight ads on the main pedestrian street teasing the competitor’s ads. The story showed up on the Internet first as a LiveJournal post with the further mentions in social media networks like Twitter and Facebook.

And it didn’t take long to see the results: the topic grabbed the attention of the local news website and an editorial was published 2 hours later: “Frisor Barbershop trolled its competitors with ads in Nikolaev“.

This was a great marketing push, an intelligent backlash. Good moves in marketing should be stimulated with information,“ — summed up Oleg Derenyuga, NikVesti Editor in Chief.

The article attracted the attention of the target audience in social networks. According to Buzzsumo platform, the post was shared by 105 users, and the article itself was read by more than 3,100 citizens. This creative approach, implemented by PRNEWS.IO, was discussed in social media by opinion leaders, whose social network profiles cover more than 13,000 followers in total.

Unlike with citylight ads, we can count the cost of one contact on the web to a single penny: the campaign costed us $ 0.05 cents per one reader,“ — says the salon Top Manager in Nikolaev, Natalia Gudimenko. 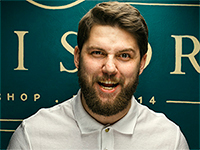 Dmitry Verhovetskiy, the founder of “Frisor” network, believes that the publicity benefits are not measured by new customers only. There was an increase in the number of app downloads for Android and iOS devices. On top of this, publicity and brand recognition in the regions help the entrepreneur to expand the franchise in other parts of the country.

“Frisor” team will not stop at what they have achieved and plans regular PR-campaigns in the regions. 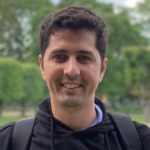 The Case. A large-scale PR campaign in the runet

Why Media Coverage Is Crucial For Your Business Success

Media coverage of a product or service has become a crucial part of business marketing strategy.…

Top 5 Websites To Find Free Images With No Copyright

When you work on your marketing campaign, you need to generate creative and eye-catching content for…