Government public relations (also called “government media relations”) is a very specific and sensitive type of PR, that focuses mainly on official communication between the governments, their official representatives, and various organizations.

Every business depends on regulations set by the government, so we all depend on government PR directly or indirectly. It is important to understand how this effective public relations tool works. Once you know the basics, you can teach your CEOs, business leaders, and various organizations how to deal with essential government processes. Government public relations primarily focuses on official communication with the public about national legislation and rules.

For most ordinary people, all that concerns the government seems imposing, difficult to comprehend, and confusing to navigate. It is one of the main reasons why so many business owners, freelancers, and private equity investors stress about the main laws and government legislation as soon as they have been officially implemented.

For individuals who work in public relations agencies, efficient public relations in government works as a strategy to ensure that all actions are done according to the law. Thanks to such strategies, you can enjoy negotiations between businesses and governmental institutions. You can confidently deal with secured funding, and provide the required laws and legislation, which can impact your organization positively.

What activities do public relations jobs in government include?

When you consider finding public relations jobs in government, you should understand the nature of this sector and profession. Any public relations effort will involve a lot of interactions between people and various organizations, either private or governmental. A job in government PR usually includes the following activities and responsibilities:

What should a government PR practice be able to do?

It is not easy to deliver the message to the public. All practitioners of government public relations know this. In order to meet the challenges, you need to know the main principles of government PR campaigns and implement them in your practice to achieve the best results.

A well-structured database is powerful as it answers many questions and is able to predict new worldwide trends in political news cycles. It forms and influences consumer interests and helps keep social opinion under control. As a PR extern in the government circle, you should monitor media articles to see which ones gain the most attention. Reviewing articles with negative comments is also important, as they help to understand public opinion better. Defining your target audience is essential for all government PR campaigns. So, start with an in-depth analysis of the data.

A spokesperson will communicate with trustworthy and proven media to pass on the latest news about the government and their work, achievements, and improvements. In most cases, the situation is the opposite, and then the PR specialists have to give arguments, present the evidence, and maintain the good reputation of the organization. This helps to see which articles gain positive feedback and track those, that evoke negativity.

It is wrong to think that social media platforms are only for young people and celebrities. These are important tools for government outreach. You simply need to select the appropriate channels for delivering the message.

A social network is one of the most excellent tools for bloggers and official structures. It gives lots of opportunities, like being the fastest way to launch some news about your company. It is far quicker than regular media channels. That is why the government’s public relations people pay attention and support its page, stuffing it with positive meetings, some numbers, and instructions. They can speak for the government using two methods:

When you work on a government public relations campaign, you should not ignore the power of social influencers in the local and international media environment. Even governmental campaigns can use so-called “word-of-mouth” marketing to spread the message to the public. By using this approach, you can easily encourage target audience attendance at public events, and boost people’s awareness of important government programs and issues.

Cooperation with famous, popular celebrities can increase government influence and enhance the government’s position in the public’s eyes. Public-relations specialists have to communicate with these well-known people, to explain the idea and make them participate in the occasion.

When we speak about PR in the government sector, it works as a precise lens through which people have a chance to connect with the government. It is an efficient tactic to improve the image of the government’s representatives and make them look more caring, democratic, and human. Make sure that your story sounds serious and easy to understand. Take this tactic seriously as it is efficient in raising people’s awareness and changing social behaviors.

Storytelling is a great option for government PR managers to reach the crowd and show the officials as regular humans who have feelings and can sympathize and provide the necessary help and service. It is also the fastest way to interest your audience in social activities, organize meetings, and invite people to take action.

You should incorporate live video streaming into your PR campaign in order to make it less dry. Present the information in a positive manner to give the citizens hope for better years to come.

Stream can show how the government is performing its duties in real time. They may stream important gatherings, interviews, participation, charity events, and others. The second option can provide the administration with viable data and show how many followers they gained over the last month and which posts evoked more reaction from the crowd. It is a useful way to analyze statistics and public activity. Besides, citizens can write their claims, requests, and suggestions directly on the page. It is the easiest path to reach the officials and report serious, high-quality information.

The government should maintain its reputation in the Internet space as well. It means that there are specialists in PR who leave and transfer messages to online media publications and control the amount of shared data and its relevance. They provide information about work processes and can even relay information from officials to the public.

Why Do Governments Need Public Relations?

The main purpose of PR in government is to maintain excellent relations with entrepreneurs, other businesses, and, of course, with each other. Other reasons would be:

Without a spokesperson, it would be harder to find solutions to many debated topics. As you may have noticed, a public relations manager should send powerful messages through various channels to avoid misinterpretation by the listeners.

They have to be ready to give comments and improve the poor image among people and businesses. PR in government assists in various spheres and on different levels. Basically, they are built on the same principles.

Government PR Campaigns Based on These Principles

Government PR is the Key

Public relations are a viable part of the everyday communication process between official organizations and local citizens. PR managers help to understand the message that the government wishes to send its people. They usually use all possible ways of interaction with the audience. It might be the Internet, public speaking, newspapers, magazines, and other publications.

Public relations (PR) is the use of strategic communication techniques to shape the way public opinion is generated, distributed, and received. Government uses public relations as a way to control and shape public opinion, but PR has become a powerful force in modern society, particularly in the fields of politics and business. PR is a great tool because it gives them control over public opinion. But it can also be a negative tool when the government is trying to shape publicopinion.

The first thing that you need to understand about PR is that it is about the way you use public opinion. PR is about influencing the media. You can try to influence the press, or you can try to influence people directly. For instance, if you want to create a positive image, you should be reaching out to media outlets and asking them for an interview or writing an article about a topic. If you want to shape public opinion, then you should talk to your friends, family, and colleagues. People are generally going to listen to people they trust. It’s easy to see how PR can have a positive effect. When the government or a company wants to make a positive impact, they can use PR to shape public opinion and tell the public about a positive event.

Public relations (PR) is the practice of controlling the dissemination of information between an individual or an organization and the public.public. In government, PR can be used to build support for policies and initiatives, communicate with citizens, and improve transparency.

For example, a government agency might use PR to raise awareness of a new program or to explain the rationale behind a controversial decision. By getting the word out about what they’re doing and why, government agencies can help build support and understanding among the public. In turn, this can lead to greater cooperation and participation from citizens, which can ultimately make government more effective.

They must also be proactive in sharing information about their work, rather than waiting for the public to ask questions. By engaging in thoughtful public relations, government organizations can build strong relationships with the people they serve.

Public relations (PR) is the practice of creating and managing relationships with individuals, groups, or organizations in order to improve the visibility and reputation of an organization.. PR is used by governments to improve their image, promote public policies, and promote their achievements.

PR is used by governments to improve their image, promote public policies, and promote their achievements. PR can be used to create positive media coverage, build relationships with key stakeholders, address conflict or criticism, and increase public understanding of an organization or its objectives.

PR can be used to create positive media coverage, build relationships with key stakeholders, address conflict or criticism, and increase public understanding of an organization or its objectives.

In order to maximize the effectiveness of PR efforts, governments often employ a team of professionals including planners, analysts, strategists, and communicators.Public relations has been around for over 100 years and is still an important tool for governments across the globe.

Today’s governments are more reliant than ever on PR to achieve their objectives and maintain public support. 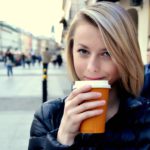 Explore Top 10 PR Agencies in Germany for Your Business Growth

The choice of PR agencies in Germany is huge. Some of them have high rates, while…

How Much Do News Reporters Make a Year?

In the modern world, news changes rapidly. You can find news everywhere – on TV, radio,…

The Hidden Costs of Hiring A PR Agency in 2023