Contents hide
1 Everett Rogers and his Diffusion of Innovation Theory
2 Five types of users and buyers of services
3 Stages of acceptance of new information
4 How do marketers use this information?
5 Content Marketing Platform
6 Summary

In this material, you will learn about the classification of users by how they react to new products, and how marketers and PR specialists can use this knowledge when building promo campaigns for their products and services.

Everett Rogers and his Diffusion of Innovation Theory

In 1962, Everett Rogers took a new approach to the concept of information flow and its impact on the individual, proposing the so-called Diffusion of Innovation Theory (DOI), sometimes called the theory of innovation or adoption. After analyzing the data of numerous empirical studies, he concluded that the process of people’s acceptance of new ideas, behavior, or product includes five stages: knowledge, persuasion, decision, implementation, and confirmation.

In his works, Rogers divided the potential market of a new product into segments according to the time of its perception and developed a classification to describe potential consumers, which are divided into five types: innovators, early adopters, early majority, late majority, and laggards.

Five types of users and buyers of services

1. Innovators (2.5% of the population) – people who are willing to experience new ideas and take risks. Such people are always the first to try new and fashionable things and are “leaders” of innovations in society. Innovators actively buy all the new gadgets (“it’s time to update the old one”) and register for all possible services. These people have a passion for everything new.

The problem is that they will never become your loyal followers. However, there are relatively few such people and are usually representatives of the elite.

2. Early adopters (13.5%) – people tend to accept innovations, but are more cautious than innovators. They start using new things when they see innovators or famous people using them.

Early adopters are a calm and slightly more thoughtful version of innovators. Everyone knows that cool photojournalists are the first to buy expensive professional cameras, sometimes paying twice as much for them – they just really care about the new functions of these cameras.

Thus, as role models, early adopters’ opinions toward innovations are more important. Their point of view reaches other people, and this decreases uncertainty about the innovation in the diffusion process.

3. The early majority (34%) – people are relatively conservative, and they do not have the leadership role that early adopters have. They start using new products already when a fairly large number of people have mastered them. But when the early majority accepted the innovation – it can be considered that it was implemented into the minds of people;

4) The late majority (34%) – the involvement of this part of the population actually means that the novelty has stopped being such and has become a product of mass consumption. At this time, innovators are already starting to use newer products.

5) Laggards (16%) – the most conservative part of the population, they are usually elderly people who stubbornly continue to use the products they are used to (for example, a grandmother who continues to wash with household soap and does not recognize washing powders).

Stages of acceptance of new information

Based on research, we can distinguish three stages of information perception.

1. Awareness-knowledge: Information is perceived by the vast majority as strange and rejected. It is accepted only by innovators.

2. How-to-knowledge: When “early adopters” use an innovation, an increasing number of people begin to believe that “it’s not so bad”. When a critical mass is reached, an “explosion” occurs – the novelty becomes fashionable, and most people start using it.

3. Principles-knowledge: Passion for the novelty reaches its peak, after which it declines. The late majority and those lagging behind begin to use it – at this moment the innovation actually becomes obsolete and goes out of fashion. Innovators at this time are already mastering something new.

How do marketers use this information?

It is precisely these 5 types of users that are targeted at the advertising of a product that is introduced to the market for the first time. The early majority and the late majority accept the novelty, respectively, after long consideration or after society already approves the product as worthy. They stubbornly resist change and often adopt a product only when it has already been displaced from the market by another new product. Therefore, at the stage of decline, advertising begins to focus on such buyers, emphasizing the time-tested product, and its traditionality.

PR makes it possible to reach customers of the early and late majority – the most numerous segments of the population. That is, PR works in cases where you exhaust the capacity of PPC and other channels. With the help of PR, you can “create a problem” and highlight it in an unexpected way, thereby capturing the attention of a new target audience. That is why it is necessary to invest in PR.

Social pressure or the 7-touch theory as marketers say (the bottom line is that you have to somehow remind the customer 7 times about your product/offer before selling it, 7 is an arbitrary number that is an average statistical indicator) – this is exactly what a well-thought-out and well-planned PR campaign will help you with.

The PRNEWS.IO team advises paying attention to the DCA strategy from the world of finance. It consists in regularly buying an asset, regardless of its current price. The essence of DCA is to regularly invest equal amounts in an asset. This allows you to average the purchase price of the asset, and reduce risk and stress.

Such a technique justifies itself not only in the crypto market, securities, and precious metals but also in PR campaigns. That is, regularly do the same action, regardless of the price, and your “portfolio” will be worth a lot of money over the years. Likewise, the value of your brand will cost a lot.

The early majority, as a rule, shows prudence and caution when making purchases. Parting with money, they should be sure that the product they are buying has already proven itself well in the market. Later, the majority shows even more caution and even some skepticism when buying new things, as you can easily guess. They are willing to accept a new product only after most people or organizations have tried it.

Yes, these are exactly the people who read testimonials, and reviews, look for information about the producer and check the brand’s image and its environmental friendliness. Critical to the formation of public opinion is the impact on the groups of the early and late majority, which together make up more than two-thirds of the potential supporters of the new idea.

When spreading new ideas, you should know that this is a sequential process. A new idea does not take hold of groups of people at the same time. 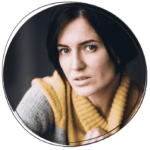 What is Semrush Rank?